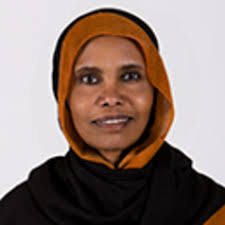 For me, the idea of the project came in 2015 when the Federal Department of Social Services funded their proposed project ‘Promoting Unity and Harmony among South Sudanese Communities in Australia: Using Pathways of Resilience’. 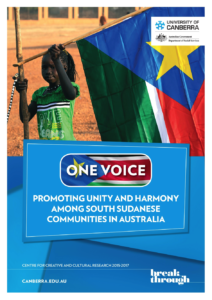 many members in this community while settling in Australia, such as unemployment, discrimination, and low income. These challenges could hinder their full integration into Australian society and might lead to an identity crisis. In addition to this, the tribal violence between the Dinka and the Nuer tribes from South Sudan has also directly fuelled tension among the South Sudanese communities in Australia. Moreover, there have been situations where 'hate messages' have been streamed on social media among and against various sections of the community. Therefore, we attempted to explore and identify ways to deal with these issues and help people to develop a cohesive and unified community.

Initially, the people were not very comfortable to tell their experiences or talk about their settlement-related problems. Therefore, we conducted a number of meetings and series of communication workshops that helped in building trusted relationships between us. Following this, we implemented various activities and proposed for them to record their stories and experiences while escaping from conflicts during the 1980s and 1990s as well as their settlement experience in Australia. We believed that these stories could contribute to relieving tension, smoothing their settlement, and building productive relationships between them and other communities. 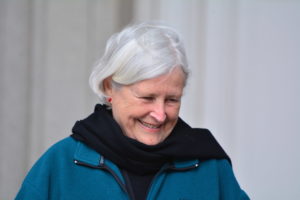 For me, the project was conceived in June 2016 in Leipzig, Germany, in Johann Sebastian Bach’s church of St Thomas’s, listening to his Mass in B Minor. Not far away was his other church, the Nikolaikirche, which had been a focal point of gatherings for the people of East Germany who brought about the Peaceful Revolution of 1989, with the demolition of the Berlin Wall and the reunification of Germany. Australia seemed far away and peaceful in comparison to such turbulent history. But I also thought of the refugees coming to Australia, bringing their own histories and memories of savage conflict, suffering, and loss. I wanted to know more. In a time when attitudes towards refugees and asylum seekers have hardened and become divisive, I also wanted to do something that would help the broader Australian community understand better who the refugees are and what they bring to our society. And what better way than through getting to know people and sharing their stories?

And so I did a number of things in the months after my return to Canberra. I began reading about Sudan. I tentatively began attending the Dinka church services at St George’s Anglican Church in Pearce, where I was warmly welcomed. I met Nawal, who was already working on projects with South Sudanese in Canberra and other Australian cities and whose knowledge and experience have been essential to our joint project. And I asked my daughter, with her degree in Media and Communications and some experience in podcasting, whether she thought we could work on a podcast as well as a book. Her enthusiastic agreement meant that the podcast was born.

Nawal and I began and continued her process of contacting people and recording stories in Canberra and Melbourne. We carried out most of the interviews in people’s homes, with children and other family members coming in and out. Group interviews were relaxed and involved general conversation and laughter, as well as tears, sometimes with a generously prepared meal to follow: a combination that made for a happy occasion but not the clearest recording! Some of the interviews were serendipitous, like visiting an arcade in Footscray and running into one of the men with whom Nawal had worked previously. Or when we visited Duki Wani’s busy Omeina shop in the same arcade to talk to her and one of her customers who happened to be there having her hair done also agreed to tell her story.

This podcast – and a book later – are the result of people’s willingness to share their stories, and their hope that they will lead to a better understanding between them and the rest of us, with us all calling Australia home.